The Australian & Tasmanian economies in a post Covid-19 world 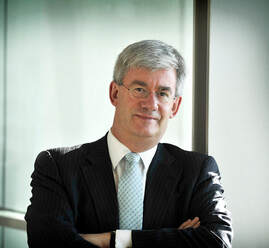 It’s become increasingly clear that the ‘new normal’ will differ in many important ways from the pre COVID-19 world.  The focus has been on building a bridge to the other side of the pandemic - but what should we be aiming to build on “the other side”? Who will be the winners and losers?  What will the role of governments, Federal and State, be in this ‘new normal’? Will they have sufficient resources to meet the expectations which people are likely to have  – in health care, and in other areas? Is there an additional opportunity for ‘regions’ including Tasmania, to capitalize on the emerging new ways of working?
Saul Eslake worked as an economist in the Australian financial markets for more than 25 years, including as Chief Economist at McIntosh Securities (a stockbroking firm) in the late 1980s, Chief Economist (International) at National Mutual Funds Management in the early 1990s, as Chief Economist at the Australia & New Zealand Banking Group (ANZ) from 1995 to 2009, and as Chief Economist (Australia & New Zealand) for Bank of America Merrill Lynch from 2011 until June 2015. In between these last two positions he was Director of the Productivity Growth program at the then newly-established Grattan Institute, a ‘think tank’.
In July 2015 Saul started up his own economics consultancy business, operating out of Hobart, and in April 2016 took up a part-time position as a Vice-Chancellor’s Fellow at the University of Tasmania.
Saul is a member of the Australian Parliamentary Budget Office’s Advisory Panel; the Australian Taxation Office’s ‘Tax Gap’ Advisory Panel; and is on the Advisory Board of Jamieson Coote Bonds, a Melbourne-based specialist bond investment manager. He also chairs the CSIRO’s Decadal Climate Forecasting Advisory Board.
Saul is a non-executive director of the Macquarie Point Development Corporation, which is responsible for the redevelopment of a large parcel of land adjoining Hobart’s iconic waterfront. He was previously on the Board of Hydro Tasmania, Tasmania’s state-owned electricity generation business, from March 2008 until September 2018.
Saul has a first class honours degree in Economics from the University of Tasmania, and a Graduate Diploma in Applied Finance and Investment from the Securities Institute of Australia. In December 2012 he was awarded an Honorary LLD degree by the University of Tasmania. He has also completed the Senior Executive Program at Columbia University’s Graduate School of Business in New York.